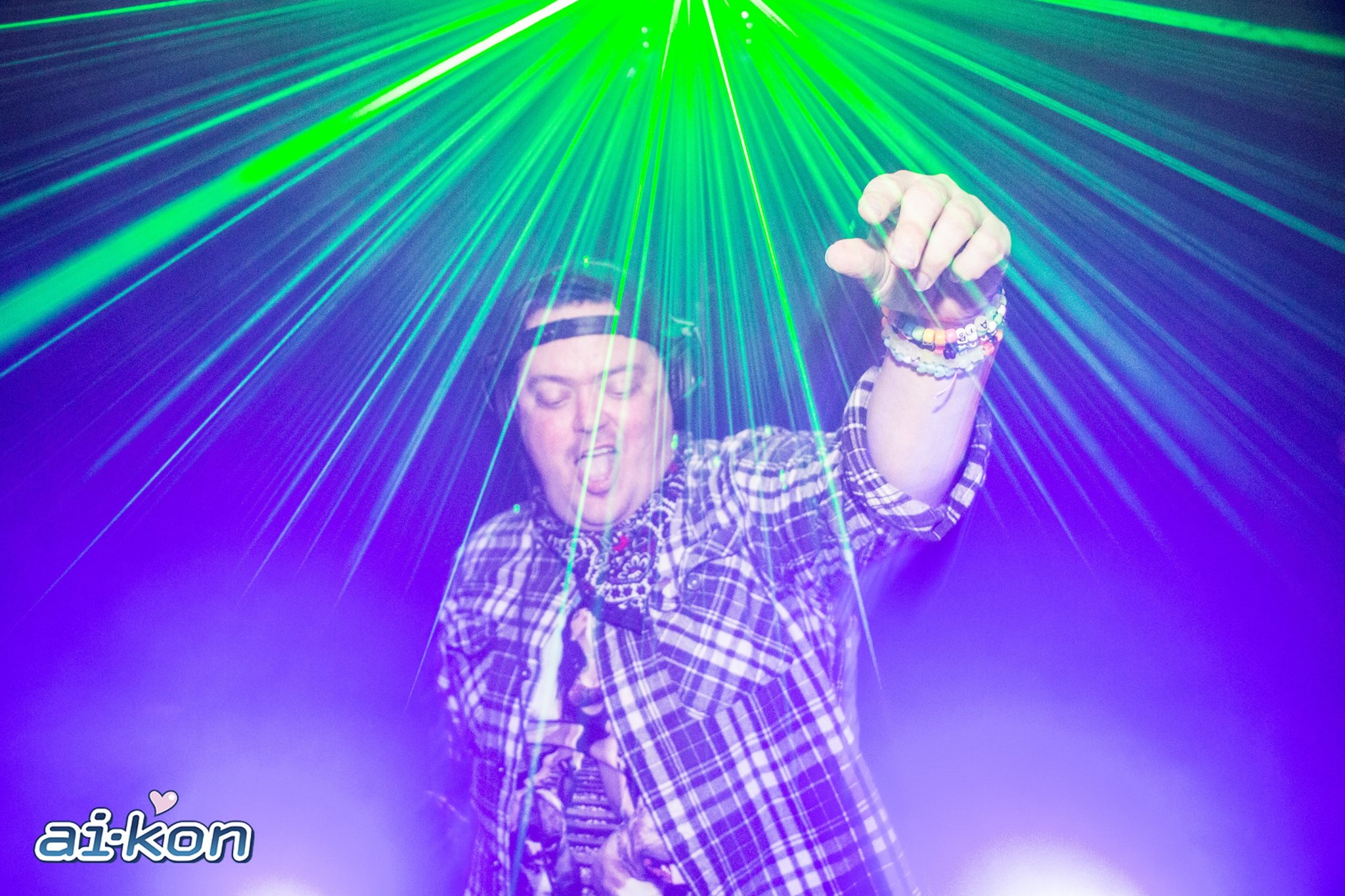 Greg Ayres has been blasting his way through 2019! With over 290 credits to his name, he has managed to play a variety of characters that are almost as colorful as his hair. He was thrilled to make his second appearance in the DragonBall universe in DragonBall Super as Frost, and equally excited blasting bugs as Geo in Sony Picture’s Starship Troopers : Traitor of Mars.

Some other recent roles include Jiro in Concrete Revolutio, Sho Utsumi in SSSSGridman, Ryuuou Edogawa in Doreiku, Koji Koda in My Hero Academia, and even makes an appearance as Popuko in Pop Team Epic. He is proud to be a part of the new “Pink Harvest” productions for Sentai Filmworks, in the roles of Izumi Sena in Lovestage, and  Yabase in Hitorijime My Hero.

This year he was also given the opportunity to reprise one of his all time favorite roles as Son Goku in Saiyuki Reload Blast. Some other recent favorites include Nagisa Haruki in Free, and Free Eternal Summer, MonoKuma in Danganronpa, Clear in Dramatical Murder, and Doug in Gangsta, Yu Nishinoya in Haikyu, Zenji Marui in Food Wars, Ganta Igarashi in Deadman Wonderland, Heihachi Hayashida in Samurai 7,  and Kouichi Sakakibara in Another. Some of his all-time favorite roles include Son Goku in Saiyuki, Chrono in Chrono Crusade, Kaoru Hitachiin in Ouran High School Host Club, Youhei Sunohara in Clannad, Yuki in The Wallflower, Leo in Ghost Stories, Satoshi Hiwatari in DNAngel, Kaworu Nagisa in the Director’s Cut of Neon Genesis Evangelion, Tomoki Sakurai in Heaven’s Lost Property, and Negi Springfield in Negima.

When he’s not in a booth with headphones on, you can usually find him sporting headphones behind “the decks” at many a music event. A veteran nightclub DJ of many years, he has jumped at the opportunity to play music and organize late night dances at many of the conventions he attends. Greg is also a member of Project BECK, who perform music from the anime Beck Mongolian Chop Squad, and has had a blast reliving the music from that show with his friends. Thrilled to be able to share his love of music with anyone willing to listen – from packed rooms at anime conventions, to the legendary stage of The Knitting Factory (NYC), he’s always ready to make a little noise.